Riding the waves – 100 years of service, courage and advancement

As one of the largest foreign investors in Angola and a responsible global operator, BP believes in the importance of transparent communications. That’s why every year, its Angola team commissions Steed Design to write and design a modern, detailed report covering a range of key sustainability issues – from its safety and environmental impact to its responsibility to employees and the local community.

Using BP’s global brand and corporate reporting guidelines, we work closely with the Angola communications team and BP Photographic Services to create a beautiful, yet informative report. Written in both English and Portuguese, the report is perfect bound and printed on sustainable FSC paper. 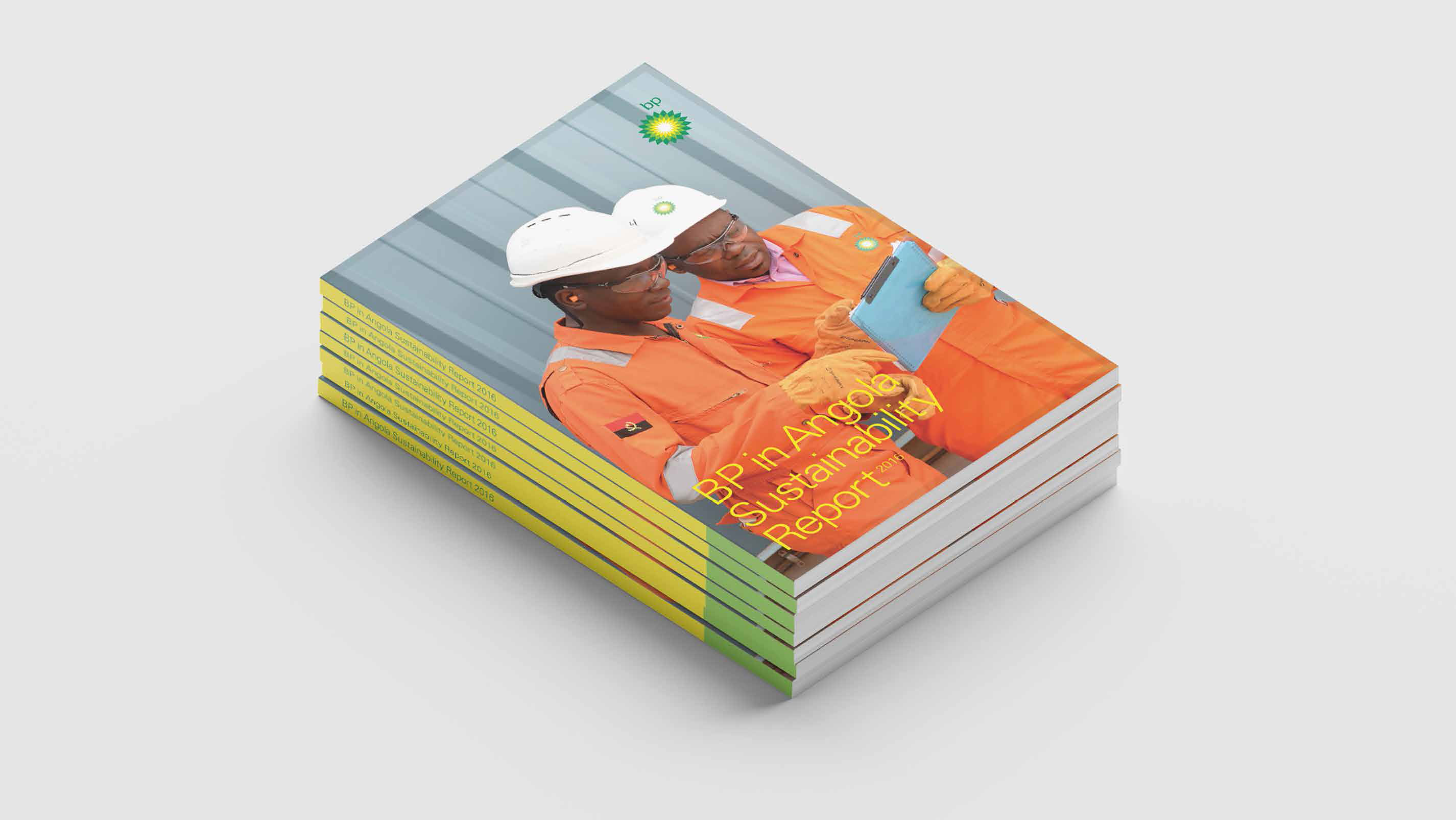 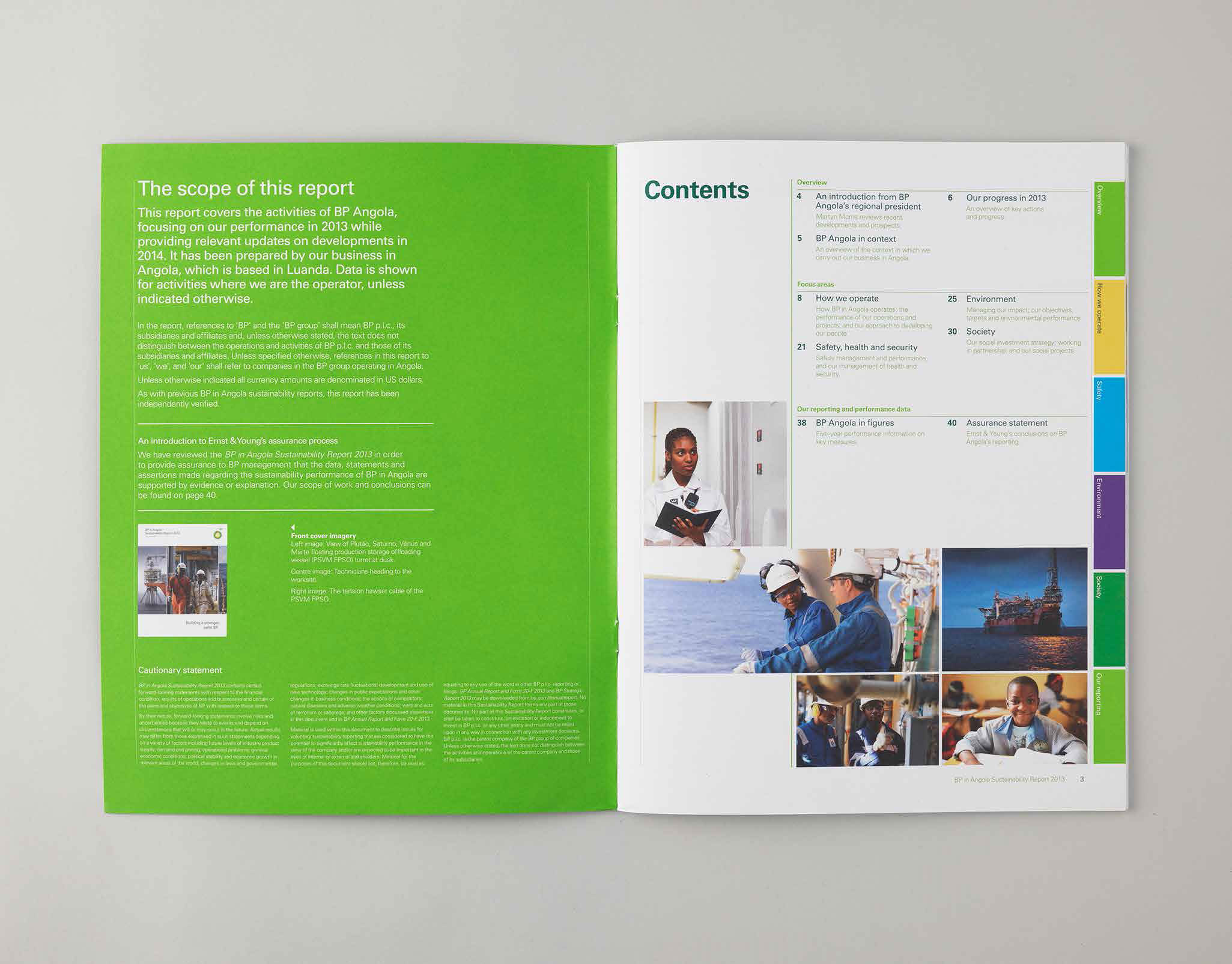 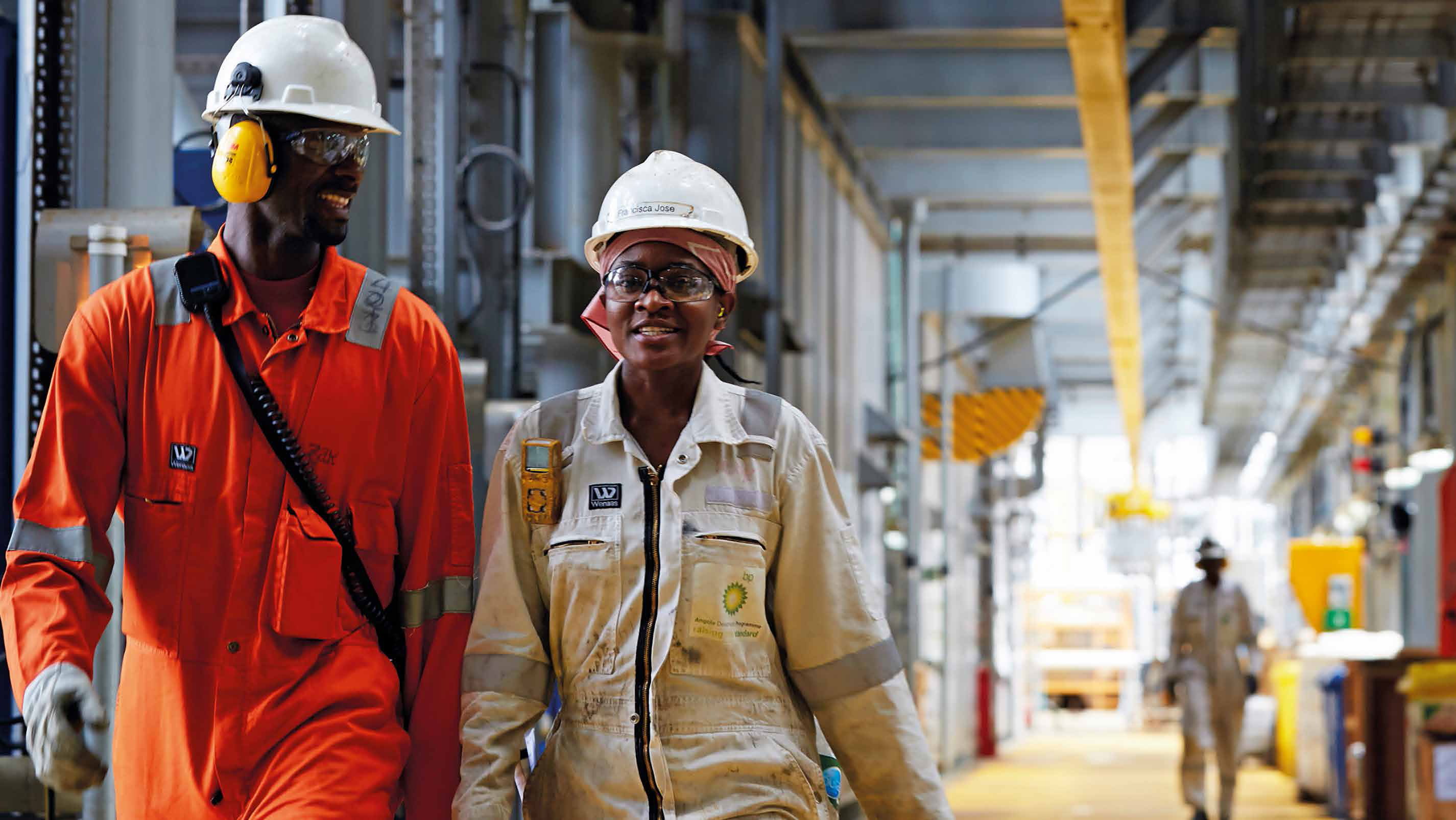 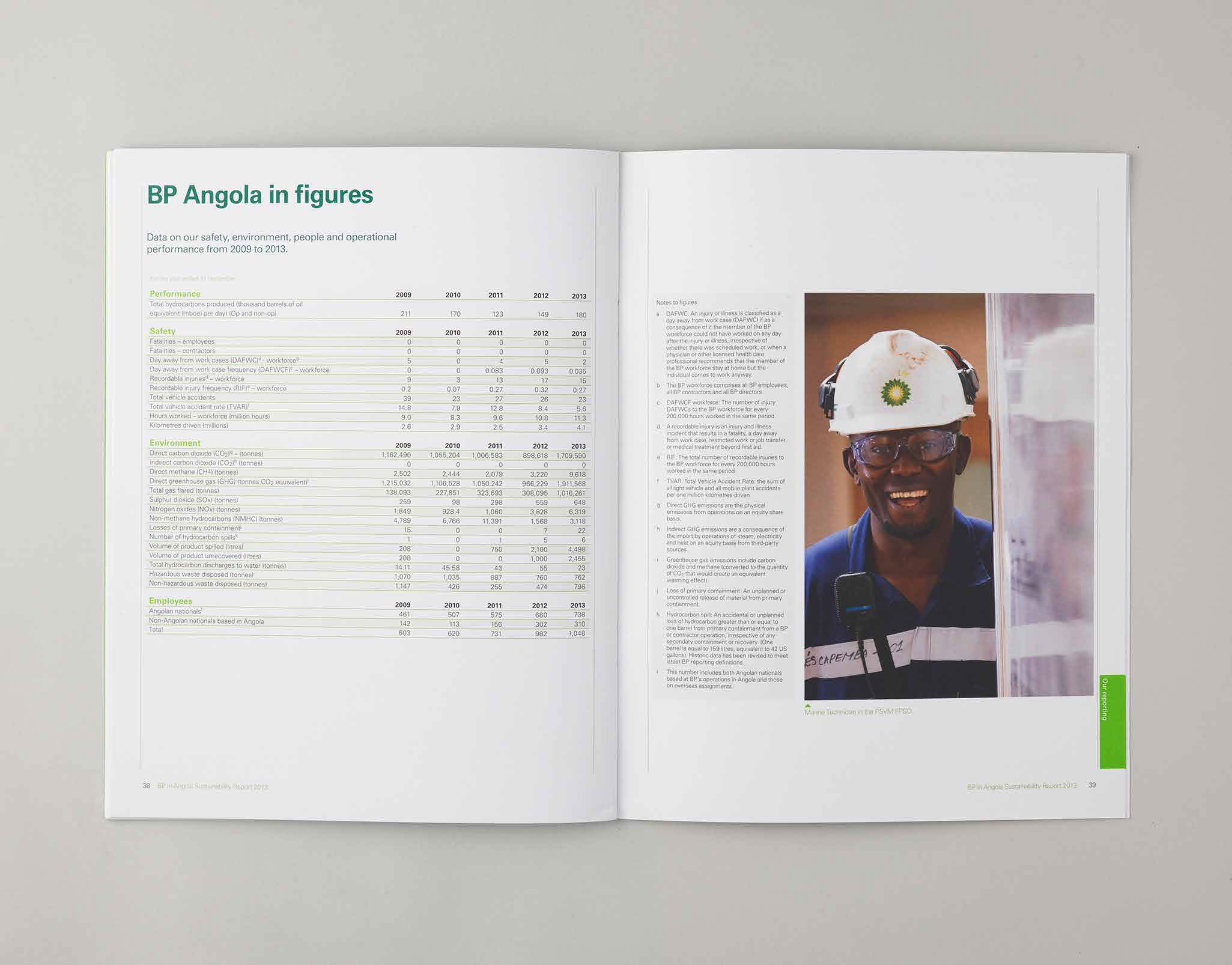 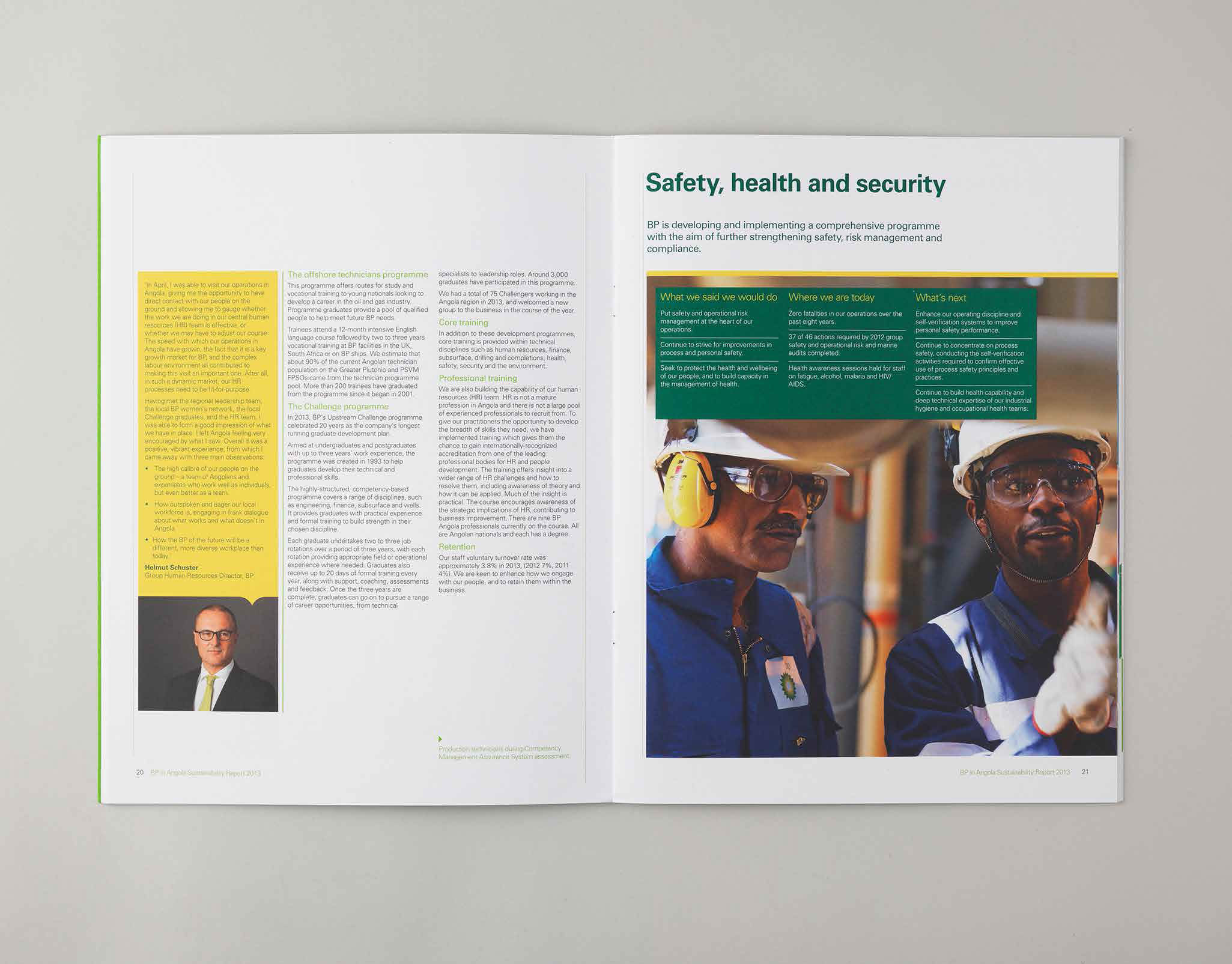